I must confess that I’ve probably played far too many rounds of Gun Master on Battlefield 4 for the PS4 than I’d care to admit. In some ways I must be a glutton for punishment, as consistently going for the gold is nearly impossible to achieve in a “winner take all” game like Battlefield 4’s Gun Master.

So that my time spent playing all of those Gun Master rounds won’t be a complete waste, I’d like to share some gameplay tips which come from my own personal experience. Perhaps you’ll have a better return on your investment of time than I did.

#1. A 1:1 K/D Ratio is the Minimum Needed to Remain Competitive

I can’t say it’s impossible, but if you are getting stuck on one gun after several kills, then your chances of taking the gold are quite low. Taking this tip a step further, if you want to have any shot at winning, you’ll need to average around 2:1 and not get stuck for too long on a single gun. Personally, I’ve found myself mentally broken when I cannot cycle to the next gun after a few deaths which leads to a cycle of mental negativity, making the chances of winning drop significantly.

If you can consistently maintain a 2:1 K/D ratio though, you’ll rank in the top five at least. Whether you win comes down to gameplay, tactics, and a little luck.

2. You Are Most Vulnerable When Switching Between Guns

This happens for a couple reasons. First, the most common way you die in Battlefield 4 Gunmaster is in Mexican stand off fashion whereby you’ll take out you’re opponent not realizing you are in someone else’s sights. Should you cycle to the next weapon, that small break of a couple seconds in between switching makes you essentially defenseless (similar to reloading) and an easy target.

Secondly, because of the team aspect of Gun Master in Battlefield 4 – something I don’t particularly like – you’ll often run into multiple opponents at once as its safer to travel in packs vs solo. If you are on the 2nd leg of your gun, then you may take out the first opponent but not have time to defend yourself against the second. Given the fact that most of the gameplay happens with massive multi-shoot outs, this is usually how you’ll die; it’s simply part of the game. I’ve pulled it off a few times but it’s very difficult to go on a huge streak in this adaption of Gun Master for Battlefield 4.

3. To Succeed in BF4 Gun Master You Must Be Able to Master Pistols

The last 3 guns in BF4 Gun Master are pistols, followed by a knife. To be successful in this final phase, which often is nerve wracking, you’ll need to draft off of your team members as these guns require close range. As mentioned in the previous tip, there are often large battles that take place so if you can find yourself on the outside of them, you may be able to pick off an opponent that is already injured. Going out alone, though, often results in an uneven matchup as most opponents will have higher range guns, placing only luck on your side.

4. Don’t be Discouraged if you Don’t Win Gun Master, It’s Not Easy!

There seems to be some luck element to Battlefield 4 Gun Master. There have been matches where I’ve cleaned up quite quickly while in others, using basically the same gameplay, I’d get stuck on a gun for ages, never able to come back. It’s difficult to say why this occurs but I do believe there is some luck component to winning. This is just a hunch since I can’t pin it down to anything. If you’ve been playing for hours on end without once winning, well I’ve been there, too and don’t think you aren’t a good player because of it. In fact, mastering Gun Master makes you much better at other matches in Battlefield 4.

If you see someone completely cleaning up very early in the game, meaning they have cycled through 50% of the guns while everyone else is only on the first couple, then just leave the match.

Because Battlefield 4 has been around for a few years now, players have gotten better and it could very well be that the example I’m providing is simply a skilled player. On the other hand, the longer a game is available, the more prevalent are cheats and enhancements. At some point, the developers stop releasing patches since future versions of the game become the focus, which tips the tide in favor of cheaters.

Although there are highly skilled players in Battlefield 4, many are using cheats or other enhancements, making it a waste of your time to keep playing on the same server with them. Only one person can win and if someone is leaps ahead of you by such a magnitude, the statistical chances of winning are rather low so better to just leave the server.

6. Leverage a Gun’s Strength, not its Weakness

Some of the easiest guns to cycle through are the short and mid distance guns like machine guns and sub machine guns. This holds especially true when it comes to long range guns as you can breeze through them relatively quickly without giving up a protected position or putting yourself in harm’s way.

With that said, when you end up on a pistol like the magnum – a weapon that comes up earlier in the game – it’s a waste of time and effort to go for the kill from a far distance. Not only do you give away your position, you also make yourself the easiest of targets for someone with a long range gun. For these reasons, it’s best to play the gun for its advantages.

As a final thought, in some cases you’ll be forced to use long range guns at short distances and vice versa, which is why this game is especially challenging since you must be extremely versatile to win consistently.

7. The Key to Success in Battlefield 4 Gun Master for PS4 is Striking a Balance

To win consistently in Battlefield 4 Gun Master, you must strike a balance between aggression, map navigation and gun type. Players who are too aggressive will at most take out a single opponent before dying, constantly being forced to respawn. Each respawn, though, takes up valuable time which is what you are up against in Battlefield 4 Gun Master. Furthermore, running into some of the most active parts of the map just makes an overly aggressive player an easy target, helping out your opponents cycle through guns more quickly. For this reason it’s important to recognize the spawn points and high impact areas so you can adjust play based off of them.

Looking at the other side of the equation, a gameplay that is too cautious is not a winning strategy. Players who are slightly more aggressive will rack up more kills than an overly cautious player in a shorter period of time, ultimately widening the gap. Hence, the key to victory is striking that balance between aggression and careful gameplay.

An element I don’t particularly like about Battlefield 4’s rendition of Gun Master is that the game is team based. I’ve had countless scenarios where I almost took out an opponent, only to have my teammate finish him off and get credit for the kill. An assist like this is great in Team Deathmatch but in Gun Master it’s frustrating beyond belief. I even tried a strategy where I’d try to shadow a team member in an attempt to do the same but it failed and I quickly found myself behind the pack, not being able to steal the same kills stolen from me. Personally, I think the game would have been better if it were designed as “every man for himself” rather than team mode because your teammates are only mildly helpful throughout the game.

As I’ve already alluded to, I have noticed some luck element that I simply cannot pin down with any type of logic. By practicing Gun Master, I have been able to consistently rank in the top 5 and quite often top 3. It can be incredibly discouraging though to spend several hours, only to come one kill shy of winning. From my experience this is normal. In fact, I’m convinced that the players who win consistently in Battlefield 4 Gun Master are cheating. As mentioned, if you are in a match where someone is winning almost unrealistically, don’t view this as a challenge, rather just leave the server instead of providing these losers with more entertainment.

To end on a positive note, if you can get past the demoralizing aspect of rarely winning, Battlefield 4 Gun Master for the PS4 will help you improve your overall gameplay. Not only is it an excellent way to master the various guns used throughout Battlefield 4, it can also help you rank up more quickly. Finally, because you can’t use grenades or rockets in Gun Master, it will also help you improve movement, map navigation, and shooting from protected positions, all skills required to take your game to the next level. After playing for a bit, jump to a different gameplay, you’ll notice how much you’ve improved.

Thanks again for checking out this post, I hope you found these tips helpful and goodluck out there! 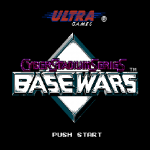