Classic Films – Give Them A Shot 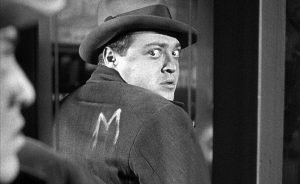 I’ve since changed my attitude that a film cannot be good simply because it is old. A prime example is Fritz Lang’s classic: M – Eine-Stadt-sucht-einen-Mörder

Classic films are an excellent way to track the evolution of the film industry. It’s amazing to see how far we’ve come in a hundred years and also how style has changed over time. What’s interesting about these films is the level of creativity that was needed to keep them entertaining. Without special effects to rely upon the plot of the story had to be solid or the film would fail. If you consider yourself a film buff, it’s essential that you study and watch classic movies.

For most of my life I would skip over classic movies when they came on television. They seemed like neutered versions of modern day films, almost as bad as watching those made for TV film adaptations of R-rated movies. As a quick aside and an example of what I’m explaining let’s consider the first time I saw Fast Times at Ridgemont High. It appeared on cable television, which meant it had to be edited to fit the PG-13 standards. For starters, the famous Judge Reinhold fantasy scene was removed. Most comically, curse words were not allowed, meaning an alternative had to be dubbed in. Thus, when Mr. Hand distributes Jeff Spicolli’s pizza to the students, he’s lambasted as a “fuzzy nerd.”

When I thought of black and white films, the image that would always pop into my head would be of a sappy romantic scene involving the seduction of an angelic 1950s beauty by some dapper, well dressed gentlemen. Throw in some over dramatic dialogue (“Darlin’ I can’t stand another moment without you”) and there you have it. While many films made during the 50s were this awful, I realized I was doing myself a disservice by completely ignoring any movie from the past. Now that I’ve exposed myself to the genre, I strongly recommend mixing it up a bit and watching some classic movies from time to time. 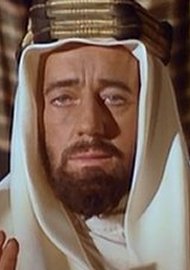 Any Star Wars fan should watch Lawrence of Arabia in order to better appreciate and understand the influences of George Lucas.

Imagine a trailer for a movie about a serial killer running loose in a big city, searching for his next victim. He’s not just any type of murderer—he only targets children. At a loss for how to find the killer, the police begin cracking down on the organized crime syndicate because only gangsters would stoop to something that low, right? This obviously doesn’t sit well with the mob so to take off the pressure and eventually resume their business, they enter into a shaky alliance with the authorities in a joint effort to locate the murderer. This could be a movie coming out next month but it’s actually 80 years old.  The film is called M, a German classic directed by Fritz Lang.

M is just one example of the plethora of classic movies that thanks to the Internet are accessible with a few keystrokes. If you’re looking to take the plunge but aren’t sure where to start (don’t get me wrong I’ve seen plenty of crappy black and white films), here are a few classic movie recommendations:

Lawrence of Arabia – Any Star Wars fan must see this movie. You’ll get to watch a younger Obi Wan in the desert and also see where Lucas’s inspiration for Tatooine came from.

You Only Live Once – The quintessential Bonnie & Clyde motif directed by none on than Fritz Lang.

North By Northwest – If you’ve never seen a Hitchcock movie before, this is a great one to cut your teeth on.

Angels With Dirty Faces – Any diehard Home Alone fan should recognize the name. Although Snakes doesn’t appear in this classic, James Cagney’s role as Rocky Sullivan is considered one of his best performances.

If you enjoyed the examples I’ve provided above, I also have a complete list of movie recommendations broken down by region as well as era.