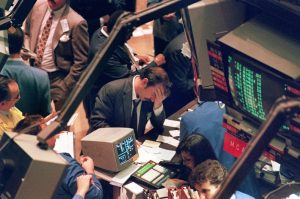 This floor trader most likely isn’t upset over missing the season finale of Charles in Charge, rather can’t fathom the 20% drop the Dow suffered in October of 1987.

As of this writing, which is in the tail end of August, it will be about 10 years since the financial crisis of 2008. We’ve been in one of the longest bull market streaks since then, although the pains of the 2008 crash are most likely still in the minds of any investor who suffered through it.

Before diving in, it’s worth noting that the financial crisis of 2008 was an example of how not to handle your investment portfolio. First, the crash didn’t happen in a day, rather was a relatively slow bleed. Those who simply held their losses, only to see further drops in the subsequent days endured a type of financial masochism that often leads to an all out desperate liquidation. Look 10 years later and the folly of such a decision can be seen quite clearly.

Secondly, those who suffered the most in the last market correction simply didn’t have a plan for how to adjust when the market stops going up. If there is any lesson to be learned from 2008, it’s to prepare for the worse case scenario.

Markets do not run on a set clock. The cyclical nature of the past 30 – 40 years however, signals that a correction is due. Prior to 2008 we had the 2000 stock market bubble, going back further there was a brief recession in the early 90s and of course the infamous ’87 stock crash. I’m even getting nervous writing this as my portfolio is loaded with stocks. At the moment I’d get my clock cleaned if we had a repeat drop that we saw in 1987.

I feel that the current low interest rate, bull market scenario we are currently witnessing is nerve wracking for prudent investors. Simply watching the market steam forward puts FOMO in some eyes while complete fear in others. In neither camp is this an ideal scenario as it only rewards the most reckless of gamblers. The FOMO camp is wise to expect a crash but it seems never to come and those who sat on cash in the last 5 years probably are not happy with their decision. As I’ve alluded to before, in order to preserve your capital from a future crash, you have to be prepared. I’ll attribute the following thought to Peter Schiff: surviving a financial crisis is more about preserving your money than making it. 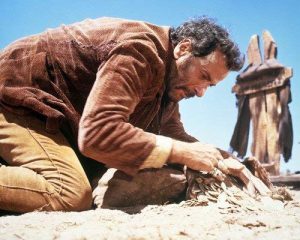 Gold is an excellent way to create a “hedge” for your portfolio in times of market risk and volatility.

Gold is, and will continue to be a flight of safety for investments, meaning that when uncertainty in the market exists, gold and other precious metals prices tend to increase in value. Simply pull up a gold chart and look at historical times of market turmoil, you’ll discover that during almost every market correction, gold has risen during these periods. For a variety of reasons which I’ll discuss at some stage in the future, I’m not a fan of owning large amounts of physical gold. It’s rather easy, though, to diversify your portfolio into gold stocks. One major advantage I discovered is that many gold producers offer a dividend so you don’t need to time the market downturn just right, rather you can move some assets into gold as a hedge against the next market correction.

Given the market froth, I think it makes alot of sense to move some idle cash into mature gold companies. To be clear, by mature companies I don’t mean what are called junior miners, or firms that are relatively new as the risk on these stocks is much higher. This idea is especially prudent given the recent slide in gold prices.

A word of caution, though is to do your homework before any serious investment. There is always downside to an indirect play on an investment idea. For example, let’s say that you believe gold prices will rise in the future, so you purchase a closely correlated derivative to it, like a gold mining stock. The risk is that the company you choose to invest in will have a problem while the overall market follows the direction of your idea, in short a disaster scenario. For example, there could be a mining accident during a gold price boom that will no doubt plunge the stock value despite the idea being correct. This is a rare occurrence of course. One way around it is to purchase an ETF with a focus on the sector that you wish to invest in. As far as gold goes there are several ETFs worth looking into. The trade off here is that ETFs will not deliver the same gains as a direct stock play.

The dollar is very strong in 2018 although the fundamentals aren’t reflecting this: interest rates remain relatively low, the economy doesn’t appear as strong as we’d believe, and the government is doing nothing to curb spending. Given the dollar’s current strength, which appears artificial, another play to consider would be to diversify out of the dollar in anticipation of a decline.

There is something important to note about investing in currencies, which differs from stock investments. Over time, stocks generally appreciate in value. Naturally, market corrections in stocks occur, but to understand this concept better, note that Apple stock will never return to the value where Forrest Gump was able to buy it at. Exceptions exist but these are more of the so-called black swan events than what normally happens.

Currencies are different from stocks in the sense that they rarely move in a single upward direction over time like stocks do. Instead, currency rates tend to fluctuate back and forth. Take the US dollar and the Japanese yen as an extreme example of this concept. In 1995, the USD/JPY exchange rate touched as low as 84, meaning one dollar would get you 84 yen. Had you bought those 84 yen in 1995 and held onto them for 15 years, your investment would not have changed at all as the exchange rate in 2010 was the same as 1995. Most blue chip stocks, on the other hand, appreciated significantly since 1995.

This is not to say that the exchange between the dollar and yen didn’t move during the 15 years in my example. In fact, the USD/JPY exchange rate jumped all the way to 141, only to return back to 84 in 2010 and then rise again to where it is today. I hope this example can make it more clear that currency prices tend to bounce around than follow a single trend.

The reason I find a bet against the dollar interesting is that we are seeing a very long, bullish run in the dollar where it is pushing against 15 and 20 year highs against many currencies. Given the rally, there is a strong probability the dollar will weaken at some point, perhaps not extremely but a correction is due. The challenge of course is that it may not happen tomorrow, in 2 years from now or even 3 years but just like the example I provided, eventually the dollar will weaken.

An extension to this strategy is to then invest the currency you’ve converted out of dollars into non-US markets, which is required in most cases anyway. In the event that the stocks you invest in go up in value, you may also be able to earn on the exchange rate difference, in essence you are getting two for the price of one! Even if your stocks don’t make much money, you may simply profit from the exchange difference should the dollar fall. Picking foreign stocks involve more work but in my view the effort is worth it in order to properly diversify your portfolio.

Important Takeaway: The Recession Can Happen at Any Time

As I’ve already alluded to, markets do not follow a set clock and simply decide to crash based on a certain amount of positive fiscal quarters. Furthermore, when market corrections do happen, we tend to only understand the reasons behind them well after the damage has been done, which is all the more reason to be prepared.

If you are near retirement and have profited from this bull run, it’s best to take your winnings off the table, or at a minimum reduce your exposure. For those who still have time to weather the storm of a recession, I’d strongly encourage you to develop some type of plan for the inevitable market correction. The stories of those who didn’t prepare in 2008 are there for anyone to review; don’t let the market allow the same thing to happen to you.