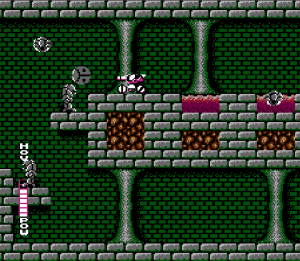 A unique premise, multiple styles of gameplay and a catchy theme song are the reasons Blaster Master made it on my list of “Unsung Heroes.”

It’s been awhile since I fired up my emulator, which always takes me down memory lane. Having recently played some classics from my childhood, I figured it would be fun to share some of the games that don’t normally come up in conversation when waxing NES nostalgia.

As an avid childhood reader of Nintendo Power magazine, I’ll borrow their own namesake when referring to these titles as “Unsung Heroes.” At the time, an Unsung Hero was a game that the public at large wasn’t aware of, but in the opinion of the experts at Nintendo Power was worth playing. Remember, these were the pre-Internet days, so certain NES titles didn’t receive the same exposure they would have in modern times.

Whether you grew up playing NES games like I did, or are of a younger generation interested in exploring video game archives, I invite you to check out what I viewed as some of the best, yet underrated NES games. So without further ado, here are my top 5 NES “Unsung Heroes.” 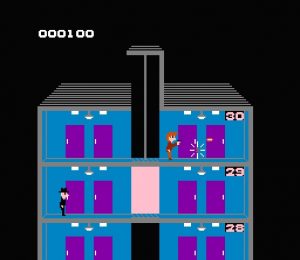 One game playing aspect I enjoyed about this arcade adaption is the ability to crush your enemies while controlling the elevator.

Based off of an arcade game bearing the same name, Elevator Action has a very basic premise that doesn’t change much as levels progress: shoot the bad guys, get the files, shoot more bad guys, get the hell out of Dodge. Borrowing from the coin-op style approach to gaming where high score is the object over game completion, if you have time on your hands you can become an Elevator Action expert and impress your friends with a ridiculous high score.

Despite the relatively simple concept, I took immense pleasure playing Elevator Action. Even if you don’t try to play the game objective by racking up points and advancing to new levels, it’s fun to simply shoot the bad guys or crush them with the elevator. Unlike many games from this time period, your character has unlimited ammo which adds to the entertainment. Because you can either play the objective or just crush enemies with the elevator until your heart desires, Elevator Action had to make my personal list of underrated NES games. 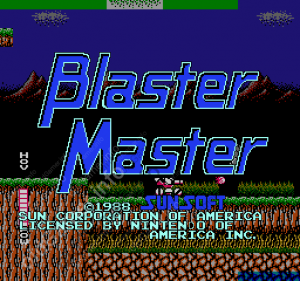 What’s interesting about Blaster Master is that it follows a concept you’ll find in games like Dick Tracy or the unforgettable TMNT, namely that your character will navigate challenges around a massive “map world,” where you must then enter various sub levels with a different gameplay as part of the overall game objective. In my view you are getting two games for the price of one with Blaster Master as the “map world” is just as challenging and exciting as the overhead levels.

In Blaster Master your character Jason drives around a futuristic tank that is equipped with a massive cannon to eliminate enemies in the side scrolling part of the game. When he leaves the tank to enter these so called “sub-levels” he is armed with a gun that has various upgrades that make it easier to eliminate the stage bosses. Those who have played Fester’s Quest will most likely recognize the overhead portion of the game. Before giving up on Blaster Master, I can assure you that it’s a much better experience than Fester’s Quest, so don’t be deterred! Another reason I enjoy Blaster Master is the gameplay music. It’s extremely repetitive, I’ll be the first to admit, however, I’ve found it catchy enough to keep me into the game. Because Blaster Master brilliantly pulls off the “two-games-for-one” combo quite well, it’s one of the best albeit underrates games to be released for the NES.

The variety of bad guys and uniqueness of each level made Bubble Bobble an unforgettable gaming experience.

Similar to Balloon Fighter, the goal of Bubble Bobble is to paralyze the enemies which grow in number and persistence as the game progresses. What makes the game enjoyable is that your character can collect a variety of boosts and enhancements that make it easier to battle the bad guys and advance through the levels. I found the overall concept of Bubble Bobble to be rather creative: enemies are defeated by first trapping them in a bubble and then popping it; you can also ride the bubbles yourself to wipe out all the enemies on the screen. Unlike the repetitive and boring nature of many games during this period, each stage in Bubble Bobble presents a unique theme and ever changing set of enemies.

Many NES games are notorious for an AI that is brutally unforgiving, anyone who grew up playing Nintendo games as a child can probably rattle a laundry list of examples. Thankfully, Bubble Bobble walks the fine line of being challenging enough that it takes effort to beat yet doesn’t have the type of brutal AI that many NES games are notorious for. If you want to push yourself, try to eliminate enemies simultaneously to collect greater point values. Of course, if you just want to try to beat the game, you’ll be in for a very relaxed experience. As a final tip, try out the 2 player mode, you’ll discover Bubble Bobble is even more fun when you have a friend along to play. 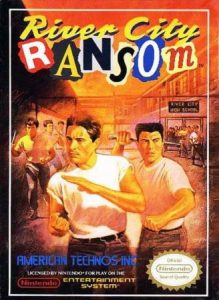 An excellent side scroller that was a “sleeper” for its time, River City Ransom struck the perfect balance between action and role playing. The enemies and stages bosses are somewhat of a challenge but not brutally difficult to defeat when compared to games like Castlevania or Double Dragon, both of which used to drive me nuts as a young child due to their immense difficulty.

What’s unique about River City Ransom is that you have the freedom to simply explore the game map should you prefer to skip the overall game objective, a rare feature for an NES title. There is plenty of fun to be had by simply going around the various “cities” beating up different gangs, collecting money and upgrades along the way. River City Ransom made my list because it successfully pulled off the fusion of an RPG and button mashing fighter. It’s quite enjoyable to collect game currency in order to purchase upgrades, making it possible to beef up your character before progressing to more difficult stages. As a last thought, should you make it to the final boss stage in River City Ransom, you’ll get to battle with the Double Dragon theme song in the background, which is a nice surprise for any classic NES gamer.

A classic battle scene from Base Wars, my all time favorite NES game.

Aside from Sega’s Mutant League Hockey I don’t know of many enjoyable sports/fighting combos like Base Wars. What’s great about this game is that it can be played in different ways. For example, you can simply play it like a normal baseball game, turn it purely into a fighting game, or do a little bit of each.

If you really enjoy the fighting aspect of Base Wars, then the secret is twofold: you can either to attempt to steal bases as much as possible, or whenever a play happens, try to advance your player to the next base in order to encourage a call to happen. Unlike just about every other baseball game from this time period, an umpire doesn’t make a call in these situations, rather, the two robots duke it out with the spoils obviously going to the winner. To make the game play more even more exciting, the robots can be upgraded so that pitchers throw faster, your baseman have improved speed, and most importantly better weapons in battle.

Due to the depth of game play, Base Wars was well ahead of its time. Another reason this game ranks as #1 is that it’s equally fun to play solo or against another person. The unique set of robots to choose from, ability to turn it into a mini fighting game and play futuristic baseball make it truly a hidden gem for any hardcore NES fan.

As I was thinking back on my childhood, I always wondered if I was a lousy game player or if the games themselves were impossible to beat. It wasn’t until I stumbled upon the hilarious, albeit vulgar, Angry Nintendo Nerd series that I realized I wasn’t alone.

Perhaps my own generation’s excuse for the next generation being too soft will be something along the lines of, “In my day the AI was so brutal we sometimes couldn’t even beat the game. Nowadays you kids can just look up how to beat your favorite games, when I was a kid we had to figure it out ourselves!” Happy gaming! 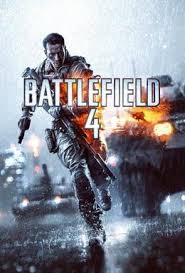