Why Bloomberg’s Attack on Soda Is the Wrong Approach 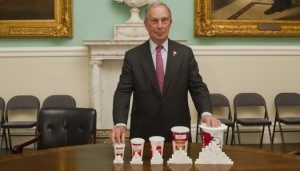 Good old soda pop, in the form of Coca Cola it was once an untainted symbol of American capitalism, now it finds itself on the defensive.

I was upset to learn of Mayor Bloomberg’s decision to limit the quantity of soda sold in New York City as an effort to reduce obesity. The next time I visit the Big Apple I think I might just walk around with a 2 Liter bottle of soda in protest. This decision is upsetting because it represents a type of paternalism that is incredibly un-American, but more importantly Mayor Bloomberg’s approach is one of the worst to take if his goal is to fight the obesity epidemic.

This strategy has worked well for cutting down on cigarette smoking because smoking has a negative externality in the form of second hand smoke. Furthermore smoking is something you can live without. Food on the other hand is a different beast altogether. We all need to eat; we don’t have to smoke.

Soda, potato chips, candy, and McDonalds are not the reasons America has an obseity problem. I have been eating McDonalds my entire life and in complete seriousness must testify that just like the commercial jingle I absolutely love McDonalds food. It’s tasy and delicious. Of course, I don’t eat drink soda or eat McDonalds every day. Most days I follow a very bland diet that keeps me in good health. This is how I can get away with eating fast food from time to time.

McDonalds is a huge target in today’s debate on obseity but I think it receives unfair criticism.  If McDonalds didn’t exist, some other fast food chain with a different name but similar concept would fill its spot. Why? Because over 40,000 years of evolution have led the current population of humans walking this planet to crave among other things salty, fatty foods. Genes that did not store fat as well were weeded out during the wars, famine, and climate changes that eventually led to you and I being here. As technology made food easier to store and produce it was only natural that fast food chains would evolve and target those specific biological food preferences we all share.

Unfortunately, our genes are the equivalent of running an outdated operating system on a brand new computer, the wrong system for a much different environment. In America, the Western world as whole, and now some emerging countries obesity is here or on the rise. We no longer need to store fat but the very genes that put us here are now our worst enemies.

But it’s not the fast food chains, or soda, or candy that are the problems.

If Mayor Bloomberg truly wanted to make a change he would attack not soda, the result of the problem, but the cause: behavior: People drink soda because they have developed some routine that involves it. Because it comes bundled with their value meal, is served at the restaurant they frequent, or is in their home for dinner, lunch, or with them at work. What starts off as something innocous becomes a routine occurance, and the same goes for fast food.

This behavior pattern naturally affects a person’s diet and exercise routine. If your daily pattern is sedentary with a heavy meal before bed, it is only natural that you will not lose weight. If, like many Americans, you are also working multiple jobs and not getting adequate sleep, this form of behavior only exacerbates the above problem. Reducing soda consumption from this equation will have a minimal long term impact–I am confident that reducing soda size will not alter the overall behavior of individuals—while receiving much backlash in the process.

An Incentives Based Approach

I’ve always found incentives to be a far greater motivator of change than punishment. In Massachusetts for example many insurance providers will reimburse a certain portion of a fitness club membership. If I were Bloomberg’s adviser I would suggest thinking along similar lines.

Although idealistic in nature I’ve always dreamed of providing tax credits to those who can pass a government sponsored fitness test or devising a special class of insurance for those who meet certain health standards. Not an easy task but it would help to stem a major issue affecting America’s health care system, which is the fact that individuals leading healthy lifestyles are far less of a burden on the current system yet have to pay the same premium.

It’s always good to start small and I find that Massachusetts is on the right path. While I don’t have all the answers, I can relate two examples from my own life which show me the power of incentives. First, as the economy has weakened I have noticed longer lines outside of retail shops on Black Friday. I find it depressing but on the afternoon of Thanksgiving day last year I witnessed a massive line outside of Best Buy. These people were giving up their entire holiday to save perhaps $300 or $400 on a plasma television. Second, having lived in several major cities that offer deposits back on used cans, I’ve witnessed hundreds of rummage through rubbish bins for a 25 cents or 5 cents.

Bloomberg’s approach is wrong because it will not cause people to change their overall behavior which is the cause of their unhealthy lifestyle. Incentives, however, are powerful enough to get people to pick through trash or give up their holiday to stand in line in the cold. I wonder, could they be strong enough to get people to lead healthier lives? 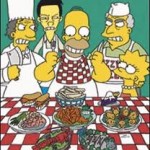 The Mini-Fast – Thoughts on Intermittent Fasting