Now 2 years into the Trump presidency, I find myself at a political crossroads. I think much has changed since this formidable election, unfortunately none for the good as I see divisions in the country being dug deeper than before. I tend to have a positive outlook on life in general, but the coming years do not look good in the world of politics. This is not to say all is negative, I do retain my optimism, which you’ll see in my conclusion.

To my chagrin, it has been the president the media loves to trash who is setting the tone. Although it’s sacrosanct these days to give any praise to the president, all of us must admit that his constant domination of the headlines is a skill. Now, you could argue that anyone could do the same if they uttered the similar repugnant and controversial statements, but the evidence seems to suggest otherwise. Glancing back at previous elections, look at how the Howard Dean campaign was ruined over one small gesture of celebration. And in the realm of celebrity, I’d say Kathy Griffin’s attempts at controversy also backfired. Whether or not you like it, the president does have a way of saying things that nobody else can seem to get away with.

What’s also quite obvious, but nobody will outright admit, is that Trump is the media’s best friend. The relationship between Trump and the media is no different than the Andy Kaufman bit where he’d goad Jerry Lawlyer into wrestling him, all the while fooling the audience into thinking they were actually enemies. Despite what you may believe, the media loves Trump for his outlandish statements as he basically generates the headlines for them. All they have to do is fan the flames of whatever new controversy he’s drummed up.

The sad part about this development is that a very low bar has been set for reporting, something I wouldn’t have thought feasible as a younger, more naive person. Growing up, I remember that you could watch a Dan Rather nightly news update and walk away feeling like you learned something about the current events around the world. I guess it’s not just me, if you follow Dan Rather on Twitter you’ll see that he is quite upset about this, too!

These days the news has a strong taint of tabloid; even relatively innocuous news items seem to have taken a more sensational tone. Of course, this was bound to happen when technology opened the gates of information so that nearly everyone could share or generate their own news. Sadly, there is no room in 2019 for dry, 1970s and 1980s style news reporting 🙁

The result of this attention above everything else game means newsworthy items, many of which are boring, don’t even show up on the radar. For example, you probably didn’t realize that World War III nearly broke out in late 2018 when Russia and Ukraine clashed over disputed sea territory. Instead whatever is the most controversial, the most sensational grabs headlines. Of course, it’s human nature to crave the sensational and not a phenomenon that only our generation has fallen victim to. It’s just disappointing to see this unfold, especially when we praise how wonderful technology has made our lives.

What’s most disappointing in this unfolding of events is that both parties are now playing the game. The Donald Trump on the other side of the aisle is no other than AOC, who has learned that the game of double downs and attention seeking create a positive feedback loop of attention. And this time around, it’s the conservatives turn to fall into the exact same trap the liberals did during the 2016 primaries with Donald Trump. They can’t help but inflate her ego with more and more attention, only causing her to dig her heels further in her radical positions and statements.

As of this writing it has reached a boiling point, and made me quite disgusted with the media and politics as the extremes of both sides are controlling the narrative, leaving those in the middle left in the dust.

Several months after the election, I was getting tired of the same worn out stories about Trump. I felt I could predict what the article would be about, so I gave up following the news. In fact, I could even write some of the headlines myself. Consider some examples that took me no more than 30 seconds to come up with:

Why the American Dream Is Doomed Under Trump

In Speech to UN Trump Demonstrates Who The Deplorables Really Are

In Recent Immigration Decision, Trump Lets Down His Base Again, But Will They Notice?

I noticed that others seemed to be suffering from boredom over another negative Trump article, so one suggestion was to explore alternative areas of information. I decided I had nothing to lose so dived in.

I began to read articles from conservative websites, basically places I’d never thought I’d go like the National Review or The American Conservative. Much of what I read I disagreed with, some ideas I never considered before while others made perfect sense to me. In fact, after reading some conservative thoughts and listening to lectures, I formed new opinions that I never would have previously. As an example, I now think the minimum wage is a very bad idea, a concept I never thought through until I began to study it.

A good test for yourself in this era of extreme political polarization is to gauge your initial reaction to the previous paragraph. If you think that I’ve “gone to the dark side” or change your opinion of me because I dare look at Republican propaganda, then the next couple of paragraphs are very important, if you can stand to read them.

What I Learned from Stepping Outside My Political Bubble

First, it is ignorant to blindly go along with all the tenants of a political party. More importantly, it is crucial to challenge those beliefs to see how well they actually play out.

Secondly, (a bit of a subset of the first point), you have to be able to debate both sides of an issue. This is not only to ensure you are prepared for counter arguments but also to see if the side you agree with actually makes sense!

My final point is directed specifically at liberals living on either coast: you are behaving as ignorant as those you attack for their said belief system when you brush aside an entire state or part of the country with a blanket statement. Hillary Clinton thought she could win with such an approach, and in my view her deplorable comment is what galvanized Trump’s base to vote him in.

My Thoughts on the 2020 Election

Going into the 2020 election, I don’t see much worthwhile in the extremes. On the other hand, the center appears to be the eye of the storm these days, quiet and lonely. I’m afraid that soon you cannot even stay there, which is unappealing to me since it is quite difficult to lump any single person neatly into a political party, especially with only two to choose from.

The mistake that I find the Democrats are making is an attempt to run Trump’s playbook of extremes. Perhaps this will be the new norm, in which case I think the future doesn’t look very bright. I really hope not, but in a race between a sitting president and newcomers, the Democrats will fail if this is their strategy.

I’m confident that this attempt will be a failure for the Democrats when you consider the types of proposals those on the debate stage decided to raise: abolishing private health insurance, providing government sponsored insurance to illegal immigrants, open borders for all immigrants, free college for all. And to top it off, playing the race card against Joe Biden when he served as VP under Barack Obama!

Why this is so worrisome and why it is so important to not blindly accept party ideology is that the debate topics I’ve outlined above are too extreme for my taste, and for that matter were not even positions held by Obama. On a side note, when it comes to the subject of illegal immigration, the Obama administration has currently deported more illegal immigrants than the current Trump administration, something that got little media attention when it was happening.

In 2020, the Democrats have a chance to snuff out the Trump presidency and bring some normalcy back to America. I believe the average American, like me, is getting sick of all the outrage and controversy surrounding the Trump administration and wants just that. In my view, if the goal is to bring the state of affairs back to normal, then you have to demonstrate that to the electorate.

What’s not helping is the tug of war going on between the more extreme end of the Democratic party and the moderates, as evidenced by the policy proposals witnessed in the first primary debates. Naturally the extreme wing of the Democratic party sees an opportunity to enrich themselves with power as their policy views gain attention in the media. This could ultimately be their undoing though as the majority of Americans do not support nearly all of the policy positions brought forward in the debate.

The mistake I feel the Democratic party is making is to assume the mob of angry voices on Twitter actually stand for a majority (they do not at only 22%), and to give those voices more attention than they deserve. In an effort to appease them and potentially gain power they risk not only losing the election but alienating the center and independent voters who they will rely on to win the election.

Having spent plenty of time in the past year following politics, I’ve learned far more than I initially thought I would. I’ve not only had the opportunity to explore many viewpoints but also developed stronger opinions, backed by solid arguments. In fact, I enjoy playing devil’s advocate, just to test the strength of my positions.

The most important take away though, is that I can sit down comfortably with just about anyone and will be willing to listen to their viewpoint. I am hoping, perhaps naively, that in an era of such polarization we can learn to do the same, otherwise the prospect of seeing past political differences is doomed and we’ll grow ever further apart as a country.

On the flipside, from day to day perspective, I’ve felt that the general news cycle has been a waste of my time. The Internet is an amazing tool if you know how to use it properly and here I admit fault in not taking advantage of it enough. I think you can still be informed without tuning in every day, just like you can read a synopsis of a book and still walk away with the main points.

The positive takeway comes from an excellent bit by the late Bill Hicks riffing on CNN: “War, famine, death, AIDS, war, famine, death…then you look out your window…[bird chirping noise]…where is all this happening?” I agree with Bill, once you put down your device of choice and step outside you’ll see that much of what you argued about was mostly a waste of time and the world isn’t such a bad place after all. 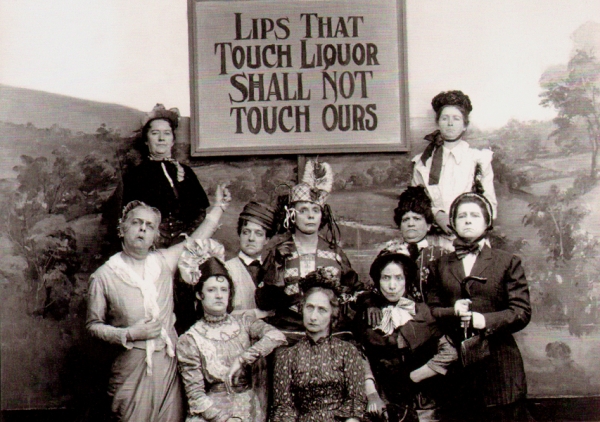 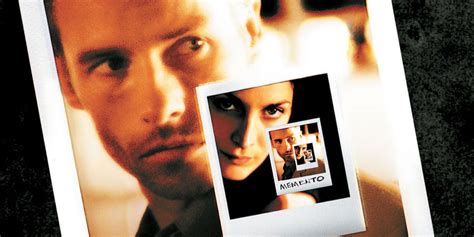