My Travel Experience to Chișinău, Moldova – What is it Like to Visit Chișinău? 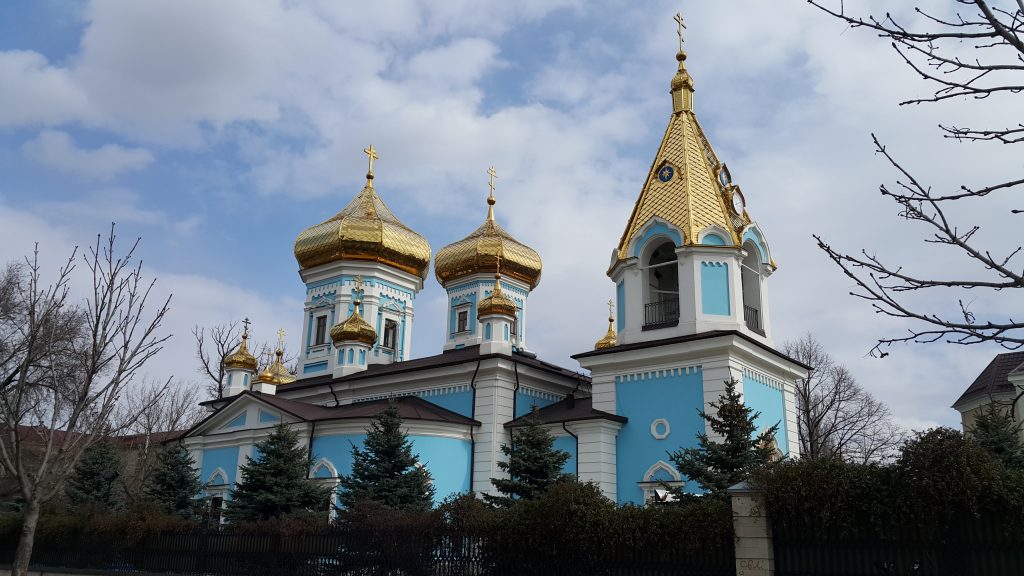 The beautiful orthodox churches are quite a contrast to the drab, Soviet style buildings which make up the cityscape of Chișinău, Moldova’s capital.

Being situated in Poland, travel possibilities in all directions are limited only by several hours. So on a whim, I opted to visit Chișinău, the capital of Moldova. Having done no prior research besides finding the location on a map, I arrived in Moldova with completely unbiased expectations. With this in mind, travelling to any foreign country without that much of a plan isn’t something I normally recommend doing so please don’t take this spontaneous decision as an endorsement to do the same.

Arrival in Chișinău – My First Impressions 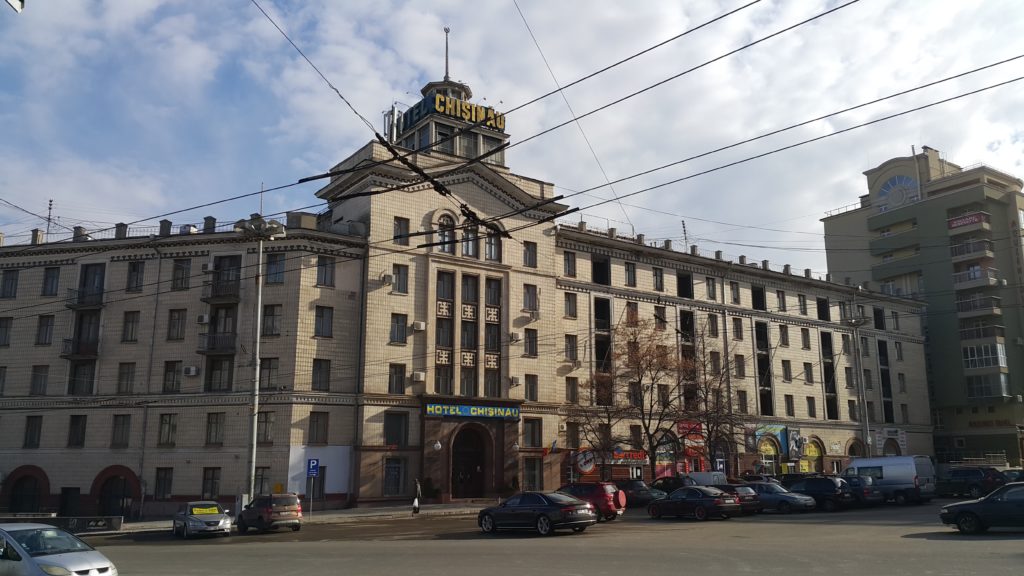 I’ve been to many international airports but never recall having to scan my bag an additional time before leaving, which I understand is required because Moldova happens to be an ideal destination for the smuggling of contrabrand. Similar to Ukraine, and just about all Eastern European countries for that matter, if you are dressed even moderately well and give off the Marcus Brody appearance of not being from the area (that’s me in a nutshell when I travel) you’ll be harassed by pesky cab drivers before locating the airport exit.

Cab drivers in this part of the world happen to be one of my pet peeves. Of course, like anyone else in the world, they are trying to make a living so a naive foreigner like myself is a big score for them. My suggestion is to find a kiosk in the airport and ask the staff there assist you in finding a driver. Once they do, negotiate the price in advance and have the driver write the price of the fare in either dollars or the local currency on a piece of paper. Most cab drivers in this part of the world will purposely go without the meter and then gauge how much they can rip you off. It sounds rough but in countries like these, it’s a dog eat dog world, so if the roles were reversed, I’d probably do the same.

My Thoughts on Chișinău, Moldova’s Capital

Chișinău, the capital, would be an excellent location for a post apocalyptic film. Those intrigued by the Cold War or the impression that communism left on the world will find that many buildings from the Soviet era are still in tact. Despite the abject failure that was communism, I have to give them credit about their construction abilities because the buildings are still standing!

In addition to the communist style buildings, the city is littered with half finished building projects whose age – not so unlike dating a tree by looking at the rings – can be measured by the amount of graffiti it has accumulated over time. 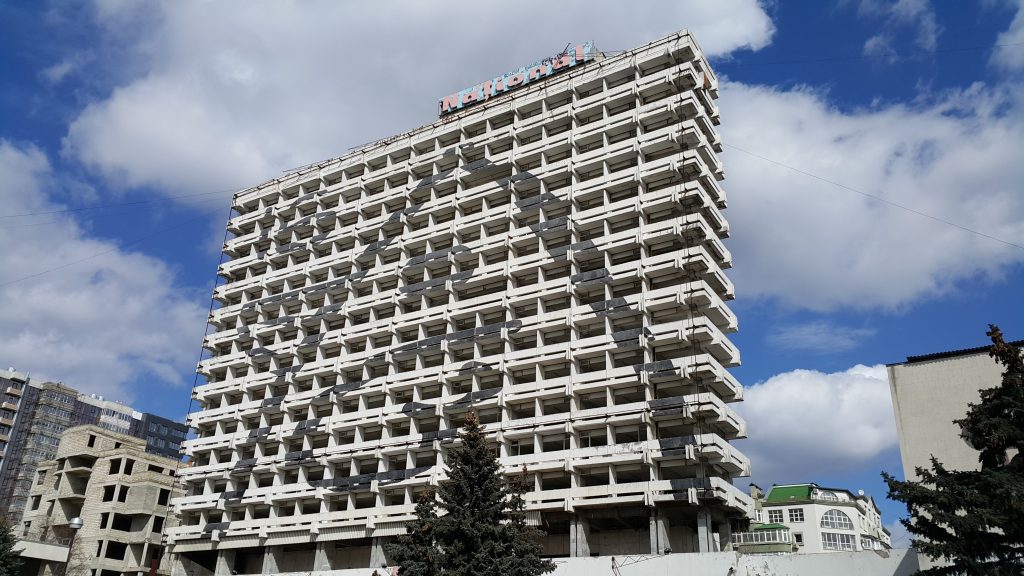 My hotel, for example, sat across an unfinished building. At night the building was heavily lit, I assume to keep out intruders, so I could see into the gray emptiness of the project which certainly made for a first time travel experience. Not only are the buildings in Chișinău unfinished but general construction projects as well. As an example, near my hotel sat a pile of bricks simply untouched, it was as if nuclear war did in fact happen and the workers assigned to the project had simply abandoned it.

The People and Observations

Most of the people I saw on the streets appeared somber. The teenagers looked much happier but many adults had their heads held low and gave steady looks to those passing by. The tone seemed to reflect the state of affairs in Molvoda, which I imagine weren’t that good. I was handed a flyer offering work opportunities in Poland, which is a good barometer of the overall economic conditions in the country.

On Friday evening I went to the nearest and biggest mall. From my experience shopping malls even in less well off countries aren’t much different from their Western European or North American counterparts. For this reason there is nothing major to report since you could find the same clothes, jewelry, and shops you’d see in other parts of the world. 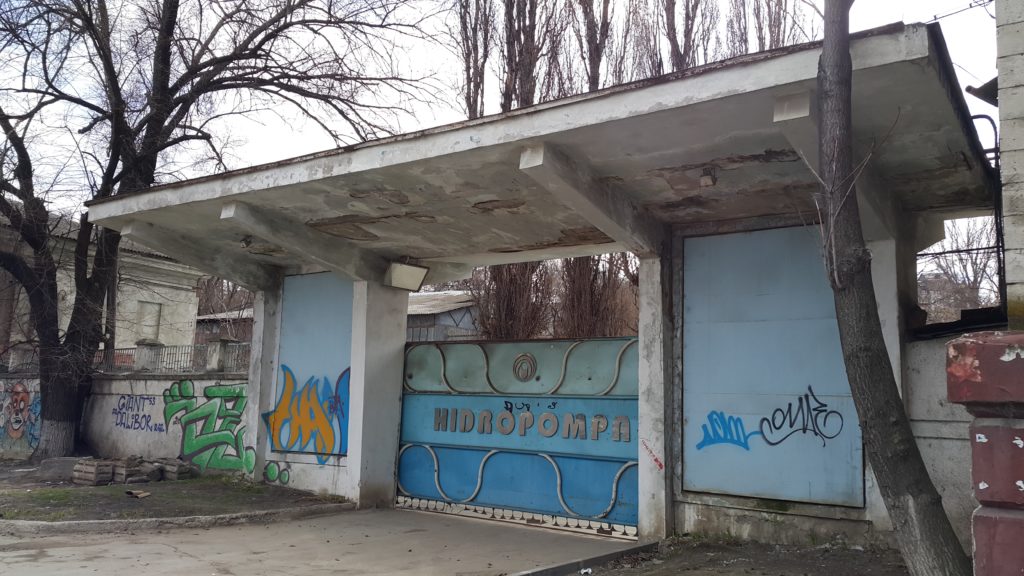 What was rather different is that I observed the largest queue of people I’ve ever seen outside a Western Union in my life. I’ll admit I know little of how Moldova operates yet this observation leads me to conclude that people aren’t making much money in Moldova and rely on funds from abroad, or are paid in other currencies besides the local one. This also seemed apparent in the sheer number of money exchanges you’ll find on most major streets, nearly triple the amount of any standard Western European city.

On this note, in my travels I’ve noticed 2 other signs that help measure the level of economic well being of a country. This doesn’t apply everywhere of course, however, I’ve found developed countries tend to only have one the type of dogs which are the domesticated type that guard a home or establishment. Contrast this example with an interesting situation that happened in Chișinău. During my stroll through the city, I was approached by a fairly big dog that was simply begging for food. I can’t recall a time in any other Western country that a dog of such proportions wasn’t openly hostile to me in such a situation, mostly because I had walked by an area it was guarding. This big fellow followed me around a bit, hoping for a handout; such are the state of affairs in Moldova.

The second measurement of a country’s overall stability is the infrastructure, which to me shows whether or not there are enough funds for basic amenities and aesthetics. In a few shops and on the streets, the ground tiles would pop up when I walked on them or come undone, something I also experienced in Sofia, Bulgaria. After walking the streets for a bit, I felt someone could make a Pokemon-esque app for this phenomenon, gaining extra points each time they discovered a loose tile. 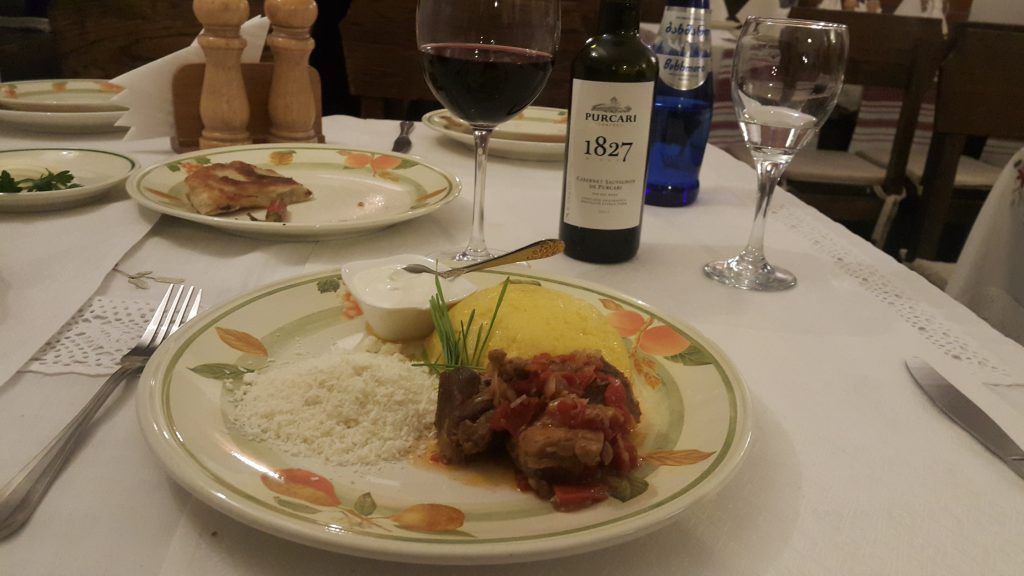 When travelling, I enjoy dining at nice restaurants and also wish to try what the locals eat for the full experience. During my time in Moldova I came across the same fast food chains you’ll see in this part of the world, predominately McDonald’s and KFC. I also tried a local pizza restaurant, Andy’s Pizza, but it wasn’t anything special. I still enjoyed it, but it tasted like all the pizza you’d find in this part of the world.

Near my hotel I also had some Russian food, which was very standard fare so not worth diving into too much detail. I did go to one local restaurant which was one of the better meals I had all year. I can’t say the food was quite different from Russian fare, however, it was unique but in a way I couldn’t put my hands on. The wine in Moldova happened to be excellent, it’s highly recommended to try it when you visit. Although I didn’t try any brandy during my stay, I’ve had it outside the country and can attest to its good quality.

Other Thoughts on My Travel Experience in Moldova 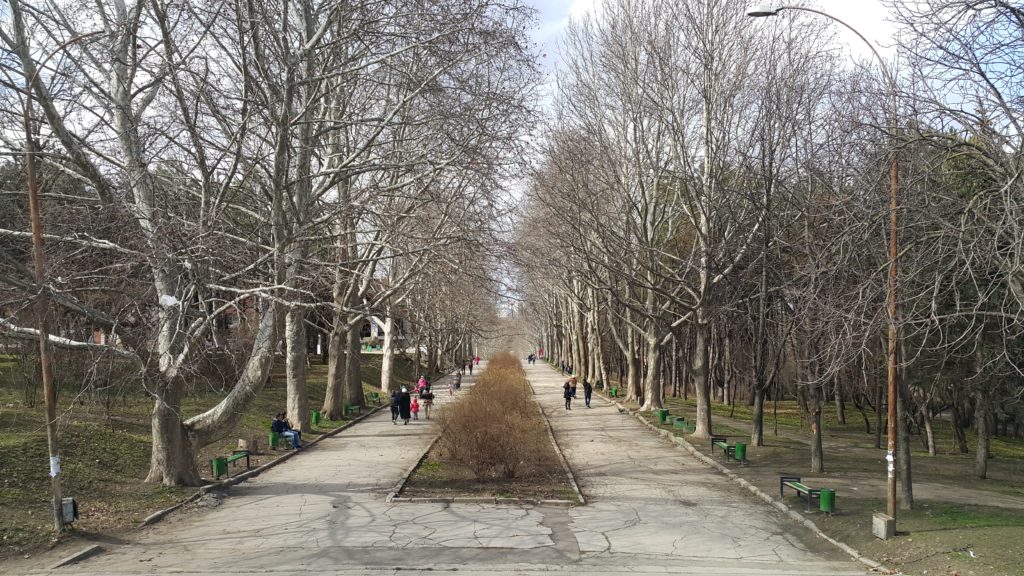 The currency, which is the Lev (just like Romania) has the same king on every denomination. It’s smaller than dollars or Euros and has the consistency of monopoly money. There are even smaller coins that are essentially worthless and made of what appeared to be tin.

Similar to neighboring countries like Belarus or Ukraine, the cost of food and lodging is far lower when compared to Western Europe. Unless you are getting fleeced by a local, you’d really need to go out of your way to spend alot of money in Moldova.

I only visited Moldova for a few days. What I discovered is that there was no effort to encourage tourists, mostly likely because it’s not a very popular tourist destination. So no ads for bus tours, guided tours, and not even many museums to check out. For this reason, I suggest having a local friend to make the most of your experience in Moldova. Also, because I didn’t plan out the trip very well, I failed to research what I should see and do prior to visiting and ended up spending too much time in my hotel.

Should You Visit Chișinău, Moldova? 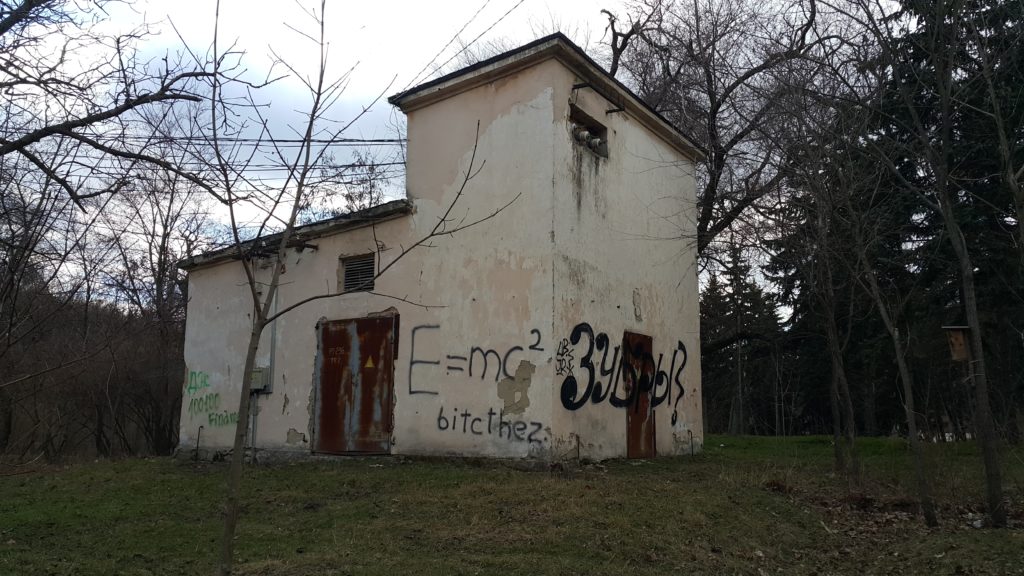 If you decide to visit Moldova and don’t speak Romanian, the main spoken language in the country or Russian, be prepared to get ripped off by locals. Moldova is quite inexpensive compared to Western Europe or North America so even being ripped off isn’t that bad, consider it a charitable donation. On principle, however, I find it rather annoying to say the least.

I’m not a huge fan of nature nor adventurous enough to get a car and see the mountains when traveling to a new country; I prefer cities because I feel more comfortable in them. For this reason, I don’t know what nature has to offer in Moldova. I did happen to buy a nice picture book though so it appears it is worth visiting if you are the nature type.

As far as visiting Chișinău goes, I’d suggest not going alone like I did. While I never felt threatened during my time in Moldova, I never felt safe 100% of the time either. In fact, at one of the nicer restaurants I visited, the waiter could tell I was green as a fresh banana and subsequently warned me to be careful. In retrospect, it would have been a better experience with a Russian or Romanian speaking companion to guide me through the city.

If you are a less experienced traveler, then you don’t want Moldova to be your first visit. On the other hand, I can’t say anything bad will happen but it lacked most of the amenities that you find in Western European cities like Rome, Paris, or Barcelona.

My advice would be the same I provided in my travel review of Belarus. If you are looking to visit a city in Central Europe well off the beaten path and are also curious to see communism’s lasting impact on a country, then Chișinău would be an interesting visit. 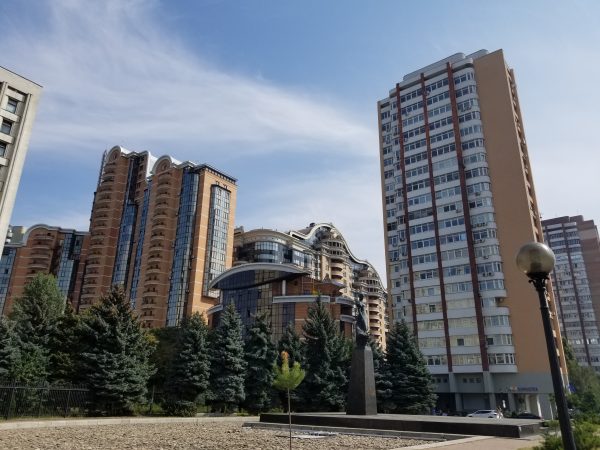 Is it Safe to Visit Kiev? Plus Some Travel Trips for those Visiting Kiev, Ukraine 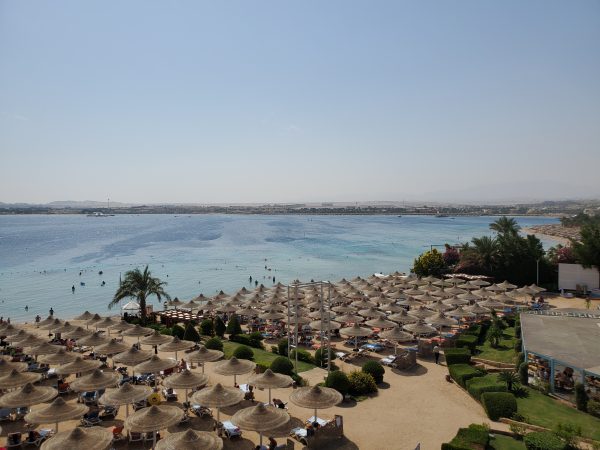 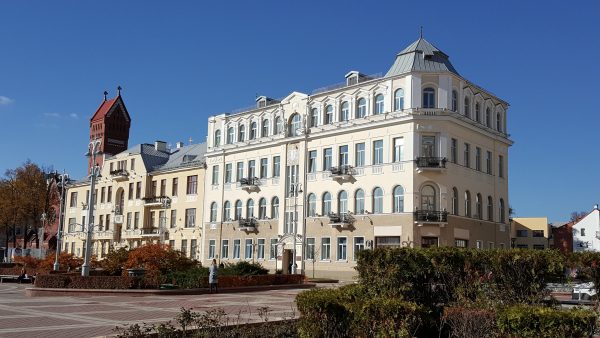